When it comes to Human-Computer Interaction, most of us still interact with the digital world on a 2D scale every day. Our phones, computers, announcement screens, and digital billboards are all flat planes we use to consume and produce content. In the past few years leaps and bounds have been taking place in bringing that interaction with the digital world into a 3D space. Augmented Reality has taken off with Pokémon Go, Google Lens, and other small AR experiments.

We’re still a long way from full Virtual Reality to be the main way we interact with the digital world, but as human-computer interaction changes the way that we interact with culture must also change. Current efforts in digitisation of cultural heritage have mainly gone to capturing physical object as 2D photographs and textual metadata. This works very well for our current way of interacting with the world online, but might become obsolete quicker than expected. 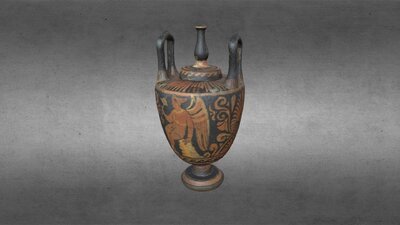 In the coming five years, the state of the art will be pushed significantly further, both in Human-Computer Interaction as in the Cultural Heritage Sector, when it comes to 3D asset creation and interaction. The current CEF Telecom Generic Service call focuses on proposals that center around 3D content digitisation and tool provision, and initiatives like Glam3D show that the cultural heritage sector is waking up to this new facet of digital transformation. The V4Design project ends at the end of 2020 and aims to publish a toolset that can be provided to Cultural Heritage Institutions that will lower the barrier for 3D asset creation from cultural heritage objects.