In recent years, VR has been adopted by mainstream industries, leaving the Gartner Hype Cycle in 2018.

Just a few months ago, the Valve Index came out, adding to the long list of existing VR hardware – the Oculus Rift and Quest, HTC Vive, Sony VR or Samsung Gear VR, just to name a few – but market sales have not been keeping up with the amount of innovation happening in this field.

Not only in games, throughout many sectors VR has been adapted, be it for designing and engineering in the automotive industry, treatment of physical and psychological issues in health care, online retail, guided virtual tours for people interested in buying property or even for tourists or learning and adult education.

However, development for VR has proven to bear some differences to mobile or desktop developing. To avoid nausea and eye strain, or just general discomfort, developers need to ensure that the virtual world works on point, without any bugs or uncanny differences to the real world. Physic engines need to work better and more realistic than ever before to not destroy the immersion, and the 3D worlds that the user moves around in needs to look detailed and interesting from this completely new point of view. 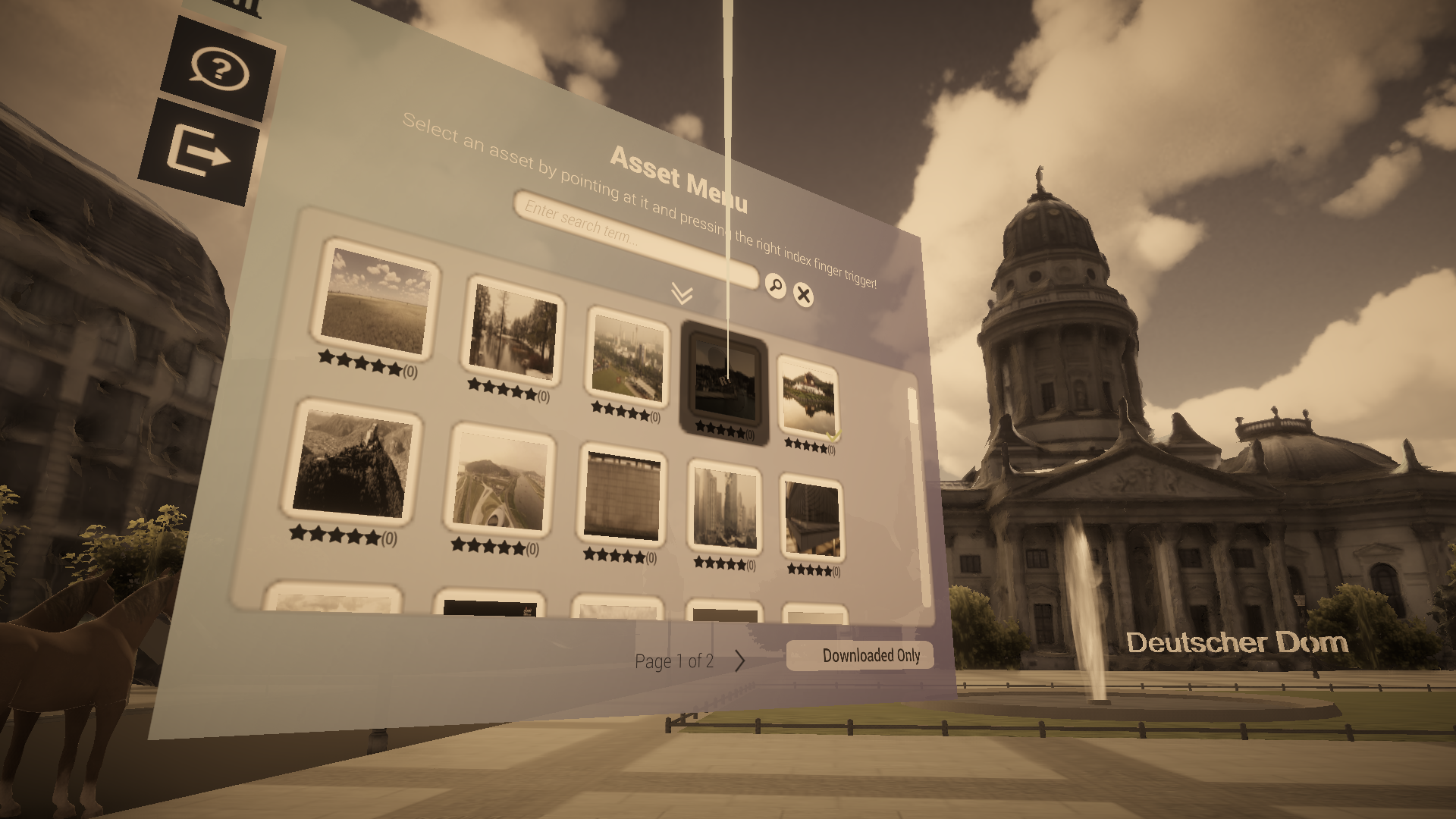 There are multiple ways to reach this new depth of immersion, some of those workflows are created completely new for this new medium, while others are taken over from non-VR-development.One of those adapted technologies is photogrammetry. In the last few decades, photogrammetry has widely been used to extract 3D measurements from photos and nowadays the technology is mature enough to extract colour values, albedo, metallicity or ambient occlusion from those photographs.

To create VR environments, photogrammetry holds a special position – it enables the artist to recreate real environments in VR, but also to scan parts of objects like the bark of a tree or a car tile and assemble them to new, imaginative environments. This saves time, resources, and ultimately simplifies the artist’s workflow who now only has to clean up the files.

With Photogrammetry, the users get a more scaled and realistic view of the environment inside VR. This also decreases the cost of development for SMEs and small companies.Currently the industry is seeing a fast changing development methods and technology due to new innovations in VR/AR every single week almost. This has made it hard to have a standard that the designers can follow and designers end up creating various versions of the same models.

In the next few years, the market will stabilize and standards will emerge that will help in the design process but photogrammetry helps in pushing the boundaries and shaping how the process of VR development can be made the fastest as it does not seem like that the Industry will slow down on this tool. Digital industries show that B2B markets are usually more stable and have a higher return rate on investment than B2C markets.

The use of photogrammetry in VR Development provides a big scope in the take up of the technology as it makes easier for developers to develop applications faster.