Due to the Covid-19, the VDesign evaluation process was redesigned to an online evaluation. Despite the fact that many academic institutes moved their semester start date and most of the professional user groups had to deal with novel work situations, it was possible to get valuable feedback from as many participants as originally intended however we were able to gather feedback from targeted focus groups. Most users would appreciate the V4Design Unity plug-in as a useful addition to their game development toolbox. All participants acknowledged the high potential of the V4Design platform to improve their workflow. An implementation into 3D modelling tools like Blender was highly requested by the user group, since the models need some clean-up before use. In addition, one of the participants suggested to implement a collaborative model library where users can curate, and re-upload cleaned models.

During the workshops and webinars organized by AUTH, Nurogames and HdM in March and April, both the web platform and the Unity plug-in were evaluated by a group of new potential users. Most of the participants were exposed to the V4Design project for the first time. Therefore, neutral and critical feedback was expected, with the objective to improve the development of the final V4Design prototype. In addition to the external user feedback the prototype was reviewed internally by the consortium members from AUTH, DW and HdM following the “Nielsen Heuristics”. In both evaluations a lot of common feedback was received.

All respondents highly valued the great potential of the 2nd V4Design prototype. The user group was very interested in the opportunity to reconstruct 3D models from either existing or own content on a web-based platform. We received mostly positive feedback about the V4Design project’s concept on technical and creative levels. Almost all participants in the professional evaluation agree that 3D reconstruction from existing content will have a positive impact on their workload. In addition, the possibility to import your own raw data for reconstruction was highly appreciated by the professional users. The academic users pointed out that the V4Design platform is a great tool especially for the conceptual development of creative projects. 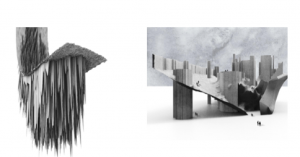 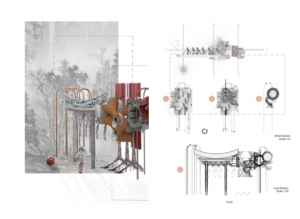 We also received some constructive feedback on the quality of the models. For use in the professional industry of architecture and visualization the quality of the models should have to compete with those of commercial 3D model libraries. Most participants suggested that there is room for improvement, as far as the model quality is concerned. Considering the time, it is recommended to improve the 3D model reconstruction time  so as to make the usage of the platform financially sustainable for professional users. In addition, despite the fact that the platform provides many features to the users, we should consider enriching user experience my minimising the amount of user interaction needed (e.g. number of clicks) to get high quality assets. As the users’ main requirement is to be able to find high quality models fast, the already provided filtering options were found very useful, while the ability to  find connections between similar assets and a more defined search engine with multi-keyword search were strongly suggested. The user-driven reconstruction process was also seen more as an additional feature, mainly to reconstruct 3D models from personal video footage. The videos in the database should be reconstructed automatically and added to a 3D model library to save time on the user side.

The academic participants shared the same ideas about the model quality, even though there were some inspiring results based on low quality assets during the workshop.Contrary to the professional user group, the academics were highly interested in manipulating the reconstructed 3D models after downloading. Cleaner meshes would make this creative process much simpler to control. In addition, it was mentioned that some problems with missing textures occurred, or that some texture mappings were not sufficient for the modification. The game development students expressed the wish to collaboratively develop and curate a library of edited 3D models that can be re-uploaded, to get access to models that were modified by the community. In general, students who found better assets gave better feedback to the whole platform

Overall there was a strong interest from the user side in exploring the third and final prototype of V4Design. Some participants showed deeper technical interest in the platform. To encourage these users to participate in the V4Design community or the public documentation including a user manual would be a valuable addition to the final prototype.